Lessons from the pandemic: Rethinking the supporter experience in a socially-distant world

COVID-19 has upended our world in more ways than one. It has pushed us out of our comfort zones and forced us to rethink the way we work, engage with supporters, use technology, and deliver impact. But it has also allowed us to reset and reinvent.

Supporter experience was one focus area that came to the forefront when we could longer meet in person. Editor Emily Burt hosts an hour long conversation, together with senior charity leaders and in partnership with Salesforce.org - discussing how trailblazing nonprofits got innovative and found new ways to deliver an exceptional supporter experience during the pandemic.

Join us for tangible tips and ideas around: 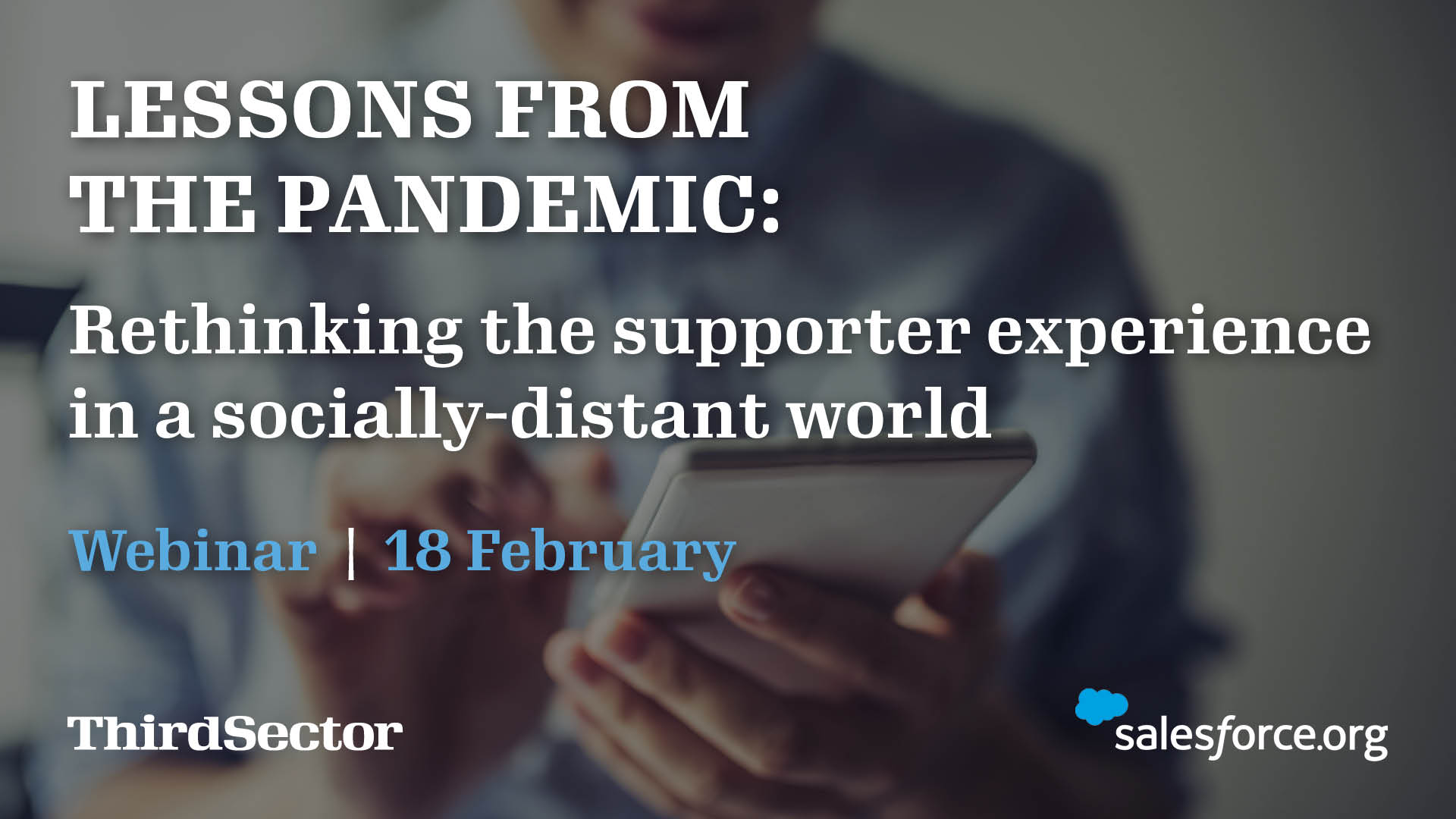 He is actively involved in the CIoF Special Interest Group for the Supporter Experience, a trustee of SOFII - the Showcase of Fundraising Innovation and Inspiration, and on the Advisory Board for the International Fundraising Congress.

Jennie Sullivan is a Senior Individual Giving Manager at GOSH Charity. Having worked at the charity for over a decade, Jennie has responsibility for the Individual Giving retention programme, Legacy Marketing and Supporter Care. Jennie is also a committee member of the CIOF Supporter Experience SIG.

With a broad background in fundraising, communications and campaigning, Shabnam has been communicating with public audiences since 2001 with experience in the private and not-for-profit sectors. Her experience spans financial institutions, fashion and publishing, as well as working for charities including Comic Relief, CARE International, WaterAid and Age UK.

Shabnam has inspired public audiences to support non-profits through a variety of channels including TV, digital, press and media.

Shabnam has led teams to deliver large-scale campaigns, including most recently  working at Comic Relief on the BBC covid19 fundraising campaign - The Big Night In - in partnership with BBC Children in Need. At CARE International she has led on globalising the gender equality campaign, #March4Women, from a march and rally of 200 people in 2012 in London, to hundreds of thousands of people taking part in 45 countries in 2019.

Shabnam is a Board Director at Greenpeace UK, as well a Trustee for Africa Advocacy Foundation, a grassroots health charity working in south east London with communities affected by HIV/Aids and FGM.

Aaron is the Managing Director for Skylarks. A small, award winning charity supporting children with disabilities.

He has a demonstrated history of working in the third sector, working with international, individual, and corporate donors to build partnerships that enable young people to thrive. He has a record of managing successful and award-winning campaigns at a range of charitable organisations.

Susan is a Senior Product Marketing Manager at Salesforce.org, the social impact centre at Salesforce. Susan has been working in this role for over three years and plays a key role in the EMEA marketing function. She is passionate about how nonprofits can use technology to do more good and works with Saleforce.org customers to share their inspiring stories of success.